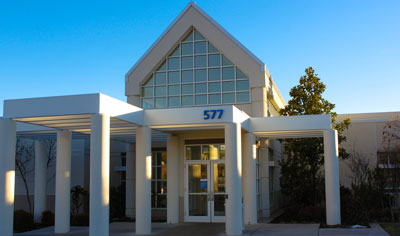 As anyone who’s ever spent any time at a busy outpatient clinic knows, things can get a bit chaotic. With dozens, if not hundreds of patients being seen to on any given day, communications between staff and physicians can easily get sidetracked.

Dixie Medical Center’s River Road Campus is just such a busy facility, with several independent clinics handling everything from Urgent Care and Family Practice to Radiology, Internal Medicine, and Lab Work. The clinics recently underwent an expansion and renovation project, installing not only new medical equipment, but a new Light Call communications system from Yorba Linda, CA-based Tech Works. As Dennis Savage of Marshall Industries in Salt Lake City, the company behind the design and installation of the systems, explains, the Light Call system is a simple yet highly effective means of streamlining communication within the clinical environment.

“Even though this is a typical multi-physician facility, the communications system is a bit different in a lot of respects,” says Savage. “It’s far more efficient, and more direct, and that makes a tremendous difference.”

The system itself is fairly simple in its operation. When a patient is assigned a room, the intake staff brings the patient and their chart to an examining room. They push a button on a station, which illuminates a light and sounds a tone in one of the doctors’ offices. The lights and buttons are color-coded, letting the staff of that particular physician know they are needed.

“One of the major differences between the Tech Works system and others we’ve tried is that most other systems rely on verbal notifications,” says Savage. “If you rely on voice communication, there’s always a chance that person will not hear the room number clearly, or that they’ll be called away for something else and overlook it, or that the person trying to relay the message won’t find them. The nice thing about the Tech Works system is that the light remains live until someone deactivates it. It’s essentially a fail-safe.”

The system was also chosen for its flexibility, adds Savage. “Because we have several clinics, each with its own diverse set of requirements, it was significant that we were able to essentially configure one basic system to do four completely different things for us. In our Radiology clinic, for example, we added another four-button switch, giving staff the capability to call for different techs, to call for a chart, an x-ray, or a number of other things. In our Urgent Care facility, we added emergency call buttons in each room. We’ve been able to essentially customize the system to create four completely different systems.”

The River Road Clinic continues to be one of the area’s busiest, and remains one of the best in patient satisfaction, thanks in no small part to great communication between doctors, staff, and patients. “Everybody involved in the care chain is informed and updated about any patient’s status, in any room, at any given time,” says Savage. “The Tech Works system has really helped the staff provide the high quality of care they’re known for.”

Looking for systems to replace the discontinued Rauland Borg DCC12 / DCC100, Dukane 9A1875, or Communications Company IC-28 / IC-29 systems you're using? Tech Works has replacement solutions just for you.

Looking for systems to replace the discontinued Rauland Borg DCC12 / DCC100, Dukane 9A1875, or Communications Company IC-28 / IC-29 systems you're using? Tech Works has replacement solutions just for you.
Engineered & Built in the USA